Give a lightning talk!

The community conference for perfectionists with deadlines

We are excited to announce DjangoCph, the first ever Django conference in Copenhagen. The intention is to have an amazing day and start something new in our town... borrowing a good deal of inspiration from DjangoCon Europe, which many of us have attended and loved.

On Friday March 16th, we will organize a whole day for the Copenhagen community to get together, sharing 5 main talks + lightning talks. The day after, Saturday 17th, will be a day of Django sprints with participation of members of Django core (NB! at a different location).

We aim at an atmosphere that will allow everyone to interact, and to open up a space for participants to share their interests and visions by means of birds of feather sessions and lightning talks. 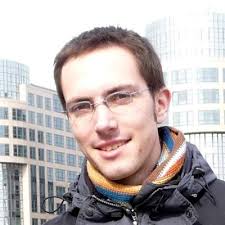 Markus Holtermann has been a Django Core developer since early 2015. His focus in Django includes migrations, databases and security. He lives in Berlin and works as senior back-end developer in Laterpay

Talk: Less Obvious Things To Do With Django's ORM

Django's ORM is powerful. And it has been for ages. It only became even more powerful over the last years. Django's ORM can be intimidating because it can do so many things. And it can also be confusing when trying to find out how to do things. 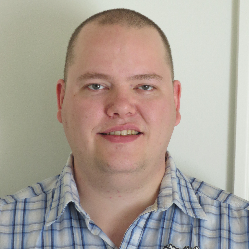 Thomas Steen Rasmussen works as a developer and system administrator with a speciality in networks. His favourite technologies include Django, FreeBSD, Postgres and Nginx.

TR-069 (Technical Report 069) is a technical specification from the Broadband Forum that defines an application layer protocol for remote management of customer-premises equipment (CPE) connected to an Internet Protocol (IP) network.

TR-069 is used by Internet Service Providers (ISP) to configure routers and other equipment. The CPE WAN Management Protocol (CWMP) defines RPC methods for bi-directional SOAP over HTTP(s) to communicate with the devices.

Auto Configuration Servers (ACS) uses CWMP/TR-069 to configure (and even firmware upgrade) devices. Commercial and open-source ACS servers are available, we decided to build our own.

This talk will cover TR-069/CWMP/ACS basics, the decision to build our own ACS server, design decisions during development, challenges and wins during the almost two-year period of running our Django based ACS server in production.

Warning: Not for the faint-hearted - may contain traces of XML! 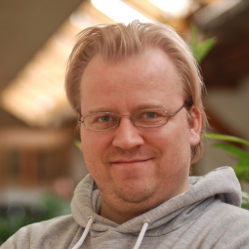 Jesper L. Andersen Jesper is a Danish programming language geek, who has been working with Erlang for about 10 years. He is generally interested in formal methods, self healing systems, fault tolerance, programming languages, distributed systems, concurrency, and parallelism. He likes to apply new theoretic research by finding a practical real-world application for the problem. Former works include BitTorrent clients in Erlang and Haskell, various load regulators for systems. Currently he is mostly interested in the application of property-based-testing to real systems and GraphQL implementations.

Unfortunately, the talk is canceled, we are working on a replacement 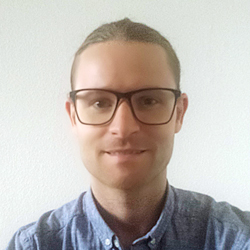 Nerd, graduated from IT University of Copenhagen, has miraculously found Magenta, and after being Java developer for a year, now only a developer of Python/Django. Focus: To create IT that has real value to those who use it.

Talk: OS2BorgerPC and its use

OS2BorgerPC makes it possible to monitor and configure Ubuntu machines remotely. The system is made for PC's available in public spaces, to use for everyone. Therefore one of the main features is cleaning up data retrieved during usage. 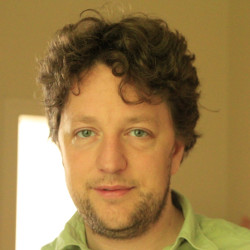 Johannes Wilm is the main developer of Fidus Writer, a Django based, open source, realtime-collaborative, richtext, and semantic text editor for academic purposes. As a trained anthropologist, Johannes is focusing on building web apps for users who have little experience with the web, and Python has helped him do that first in the form of Zope from the year 2000, and since 2009 in the form of Django.

Managing frontend resources in Django-based web sites used to be simple - just throw everything in the static folders of individual Django apps and Django collects it all and serves it correctly. With the arrival of ES2015 modules and the NPM package manager in frontend JavaScript, it became considerably more difficult: Suddenly JavaScript needs to be transpiled and the JavaScript files of the different Django apps that make out a site need to import from oneanother. Johannes will present django-npm-mjs which attempts to integrate the transpile process in a Django'ish way.

With a background in digital advertising, Morten Barklund has made over 300 websites, games and apps in 16 years. Being a full stack developer, he has experience with a wide variety of technologies from Java to Flash. Most recently Morten has been a freelancer for 4 years making heavy use of Django as a backend to many more or less complex web app frontends.

Talk: The simple but powerful elegance of Django REST Framework

Writing a basic REST API is simple in many languages and frameworks. Django with DRF and related packages however allows you to write elaborate APIs with complex relationships and narrow, granular access restrictions. And it's surprisingly simple once you understand the possibilities. We'll go through a few real-world examples, that goes far beyond (the mostly useless) TodoMVC.

We are setting aside a full final session for lightning talks!

It's a great way to share an idea, without needing lots of preparations. It's also a great way to practice being on stage. And it's a lot of fun to be part of.

Prepare a 5 minute talk: If you have slides (you don't need to!), send them to info@django-denmark.org or have them ready on a USB. There will be VGA and HDMI (normal) at the venue. Slides will be shared on the site afterwards.

Our call is open for Copenhageners and anyone in countries that are easy to reach Copenhagen from - Sweden, Norway, Germany, Poland, Netherlands etc.

Subject-wise, we are all about DRY (Don't Repeat Yourself) -- please have a look at DjangoCon Europe's CfP.

The program is mostly done by now. Let us know, if you would like to give a talk - write our talk host, benjamin@overtag.dk.

Sales closing on Monday 12th, midnight - get your ticket now and help us prepare better!

We would love all the help we can get. Get in touch with the organisers and let them know if you would like to help out before, during or after the conference. You can also join Django Copenhagen on Meetup where we will post dates or organizer/volunteer meetings leading up the event.

If you would like to become a sponsor of the event, please read more on the sponsorship section.

If you have any questions or comments or have advice on life, don't hesitate contacting us via below form. 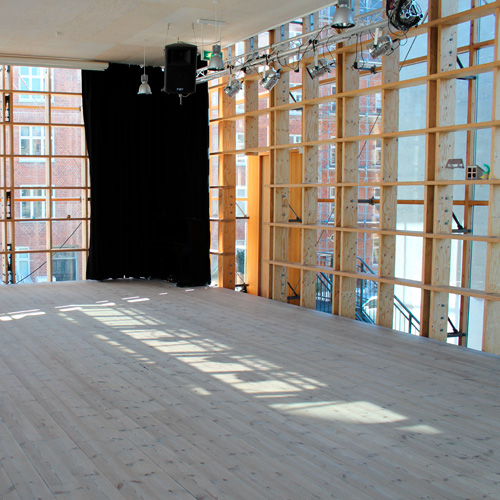 The event will be hosted at Kvarterhuset (Jemtlandsgade 3, 2300 Copenhagen S). Part library, and part municipal community house, we expect it to be a nice place to hang out for a whole day. And it's just 438 meters from Amagerbro St. (Metro). 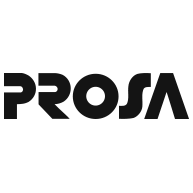 The sprints are kindly hosted for free by the Professional IT Worker's Union Prosa (Vester Farimagsgade 37A, 1606 Copenhagen V). It's just 289 meters from Vesterport St. (S-train).